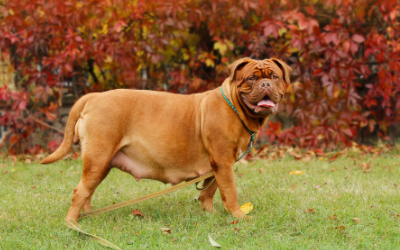 "Miscarriage refers to the death of a fetus during pregnancy."

Miscarriages may also occur later in pregnancy. These miscarriages may result in a variety of outcomes. Puppies may be passed stillborn, either before their due date or on their due date. In some cases, a deceased fetus may become mummified within the uterus. Mummification occurs when the body creates a protective membrane around the fetus, allowing it to remain encased and walled-off within the uterus. In many cases, mummification does not pose any threat to the female; in some situations, however, infection may occur.

Infection is a common cause of miscarriage in dogs. These infections can be bacterial, viral, or parasitic. Brucella canis is a species of bacteria that is commonly associated with late-term miscarriage in clinically-healthy dogs. This bacteria  is transferred by contact with infected fluids, which may occur when a female is bred with an infected male or when a female comes into contact with the birth fluids from an infected female.

"Infection is a common cause of miscarriage in dogs."

Other bacteria that may be associated with miscarriage include E. coli, Pasteurella, Pseudomonas, and Staphylococcus. It is often difficult to determine whether bacterial infection caused a miscarriage however, because these bacteria may be present in healthy females, as well as those females that miscarry. Parasites such as Neospora caninum and Toxoplasma gondii are also associated with miscarriage, as is canine herpesvirus.

Miscarriages may also be caused by hormonal shifts or abnormalities. Progesterone is the hormone that is responsible for maintaining pregnancy in the dog; low levels of this hormone can lead to miscarriage. In some cases, these low progesterone levels can be caused by medications (such as in the case of medically-induced abortions). In other cases, however, maternal and placental factors may lead to abnormal hormone levels, resulting in miscarriage.

What are the signs of miscarriage?

"In many cases, there are no visible signs of miscarriage."

Later-term miscarriages may be associated with clinical signs, but they may also be asymptomatic. Abnormal vaginal discharge (brown, green, black, or pus-colored) at any time during pregnancy, abdominal pain, and fever are all potential signs of miscarriage or infection. Additionally, some pets experiencing a miscarriage will begin to have contractions and deliver stillborn puppies.

How is miscarriage diagnosed?

After a miscarriage has occurred, testing of both the mother and the fetus may be recommended to look for infectious causes of miscarriage. Blood tests performed on the mother, cultures of vaginal fluids, and histopathology (microscopic examination) of the fetus may determine a cause for the miscarriage.

Finding a cause for the miscarriage, especially if that cause is a treatable condition, may improve outcomes in future pregnancies.

How is miscarriage treated or prevented?

If a dog develops a fever during pregnancy, this may indicate an infection. Infections are typically treated with intravenous (IV) fluids and injectable antibiotics. This may prevent miscarriage or, if miscarriage has already occurred, may prevent more severe medical complications with the mother.

If hormonal imbalances are suspected, a progesterone supplement may be recommended. This medication is given daily until shortly before the expected due date, in order to help maintain appropriate hormone levels to support pregnancy. This medication requires careful monitoring in order to prevent complications.

© Copyright 2018 LifeLearn Inc. Used and/or modified with permission under license. 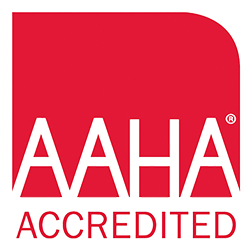